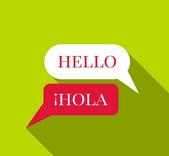 Mandarin is taught by Ms Luo

Mandarin language, also called Northern Chinese, Chinese (Pinyin) Guanhua (“Officials’ Language”), or (Wade-Giles romanization) Kuan-hua, the most widely spoken form of Chinese. Mandarin Chinese is spoken in all of China north of the Yangtze River and in much of the rest of the country and is the native language of two-thirds of the population.

Mandarin Chinese is often divided into four subgroups: Northern Mandarin, centering on Beijing and spoken in northern China and the Northeast provinces (Manchuria); Northwestern Mandarin, extending northward from the city of Baoji and through most of northwestern China; Southwestern Mandarin, centering on the area around Chongqing and spoken in Sichuan and adjoining parts of southwestern China; and Southern, or Lower Yangtze, Mandarin, in an area centered on Nanjing. Mandarin Chinese in the form spoken in and around Beijing forms the basis for Modern Standard Chinese—Guoyu, “National Language,” usually called putonghua “common language” by the Chinese. Modern Standard Chinese is also spoken officially on Taiwan.

Spanish is taught by Ms. Fordyce

Spanish Español, is considered to be one of the romance languages (Indo-European family) spoken as a first language by some 360 million people worldwide. In the early 21st century, Mexico had the greatest number of speakers (more than 85 million), followed by Colombia (more than 40 million), Argentina (more than 35 million), the United States (more than 31 million), and Spain (more than 30 million). Spanish is the (or an) official language of 18 American countries (Argentina, Bolivia, Chile, Colombia, Costa Rica, Cuba, Dominican Republic, Ecuador, El Salvador, Guatemala, Honduras, Mexico, Nicaragua, Panama, Paraguay, Peru, Uruguay, and Venezuela) as well as of the Commonwealth of Puerto Rico, along with Spain in Europe and Equatorial Guinea in Africa.

​Students who have completed three years of high-school-level coursework in World Languages may be eligible to take the Languages Other Than English (LOTE) Comprehensive exam for the following languages: Albanian, Arabic, Bengali, Haitian Creole, Hindi, Japanese, Latin, Polish, Punjabi, Russian, Urdu, and Vietnamese.

LOTE administration is during the Spring semester of the school year.

​How is the test scored?

How are the results reported?

The results of the LOTE Comprehensive exam are reported on a student’s transcript.

Scholars who go on to complete three years of high-school-level coursework in World Languages and pass the LOTE Comprehensive exam to fulfill the LOTE requirement for an Advanced Regents Diploma.